Karen Tice is a professor of Gender and Women’s Studies. She also teaches in the Department of Educational Policy Studies and has received the Provost’s award for teaching excellence.  Her teaching and research interests include transnational feminism, social movements, and intersectionality and education.

She is currently working on a book manuscript on radical left feminist internationalism, and the politics of transnational border crossings, solidarities,  and coalitions. She recently published two articles on this project:

“The Politics of U.S. Feminist Internationalism and Cuba: Solidarities and Fractures on the Venceremos Brigades,” for the 2018 Special Issue “Feminist Politics and Activism in Reactionary Times,” in Feminist Encounters: A Journal of Critical Studies in Culture and Politics (2018). http://www.lectitopublishing.nl/Article/Detail/the-politics-of-us-femin…

Dr. Tice’s first book Tales of Wayward Girls and Immoral Women: Case Records and the Professionalization of Social Work (Illinois, 1998) explored the surveillance and regulation of working-class and immigrant bodies and behavior in the late 19th and early 20th centuries by white, middle-class social reformers in the U.S. It focused on the politics of class, narrative authority, surveillance, and professional constructions of respectability, innocence, and degeneracy.

She examined the themes of class, race, religion, body and beauty politics, normativity, self-regulation, performativity, and the corporatization of higher education and student cultures in her Queens of Academe: Beauty Pageants, Student Bodies, and Campus Life (Oxford University Press, 2012) which was selected for the 2012 Critics Choice Book Award given by the American Educational Studies Association. (http://www.amazon.com/Queens-Academe-Pageantry-Student-College/dp/0199842809) and selected for an Author Meets Critic session at the 2013 National Women’s Studies Association conference.

Dr. Tice has published articles on activism, feminist pedagogies, and gendered and racialized economies of makeover and beauty politics in Feminist Studies, Journal of Women’s History, Gender & Society, Feminist Teacher, Journal of Appalachian Studies, and Genders and book chapters in edited collections including: The Routledge Companion to Beauty Politics, Women of the Mountain South: Identity, Work, and Activism, Mediating Faiths: Religion, Media, and Popular Culture, Bad Mothers: The Politics of Blame in Twentieth-Century America, Fighting Back in Appalachia: Traditions of Resistance and Change, and Provocations: A Transnational Reader in the History of Feminist Thought.

“Contesting Bans and Borders: Gender and Race on the Cuban Venceremos Brigades.” Sponsored by Latin American Studies and History of Women and Gender Program. NYU. 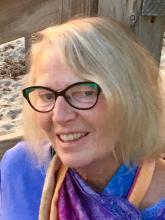