A couple of years ago I blogged about generalized Darwinism in a post called Occam’s Selection. This is the idea that principles of variation, selection, and preservation or retention are applicable to development and evolution of many different phenomena. The GD label is most common in evolutionary economics, but the notion is constantly being reinvented in many different fields.

A recent example is Selection for Gaia Across Multiple Scales, published in Trends in Ecology and Evolution. The issue is how biological natural selection, which operates at the level of individuals, could result in evolutionary trends at ecosystems and broader scales, including the self-regulating biotic/abiotic coupling of the global Earth system.

It seems to be well established now that traditional natural selection can produce nutrient cycling and some degree of environmental regulation at local and ecosystem scales, an ideat hat was broached at least 30+ years ago by Charles Smith and well articulated in an explicitly Earth system science/Gaia theory context by Andrei Lapenis (2002). My own $0.02 worth (Phillips, 2008) showed that the only requirement of developmental trends toward, say, increasing diversity and productivity is that more efficient resource use confers some sort of survival and reproductive advantage. 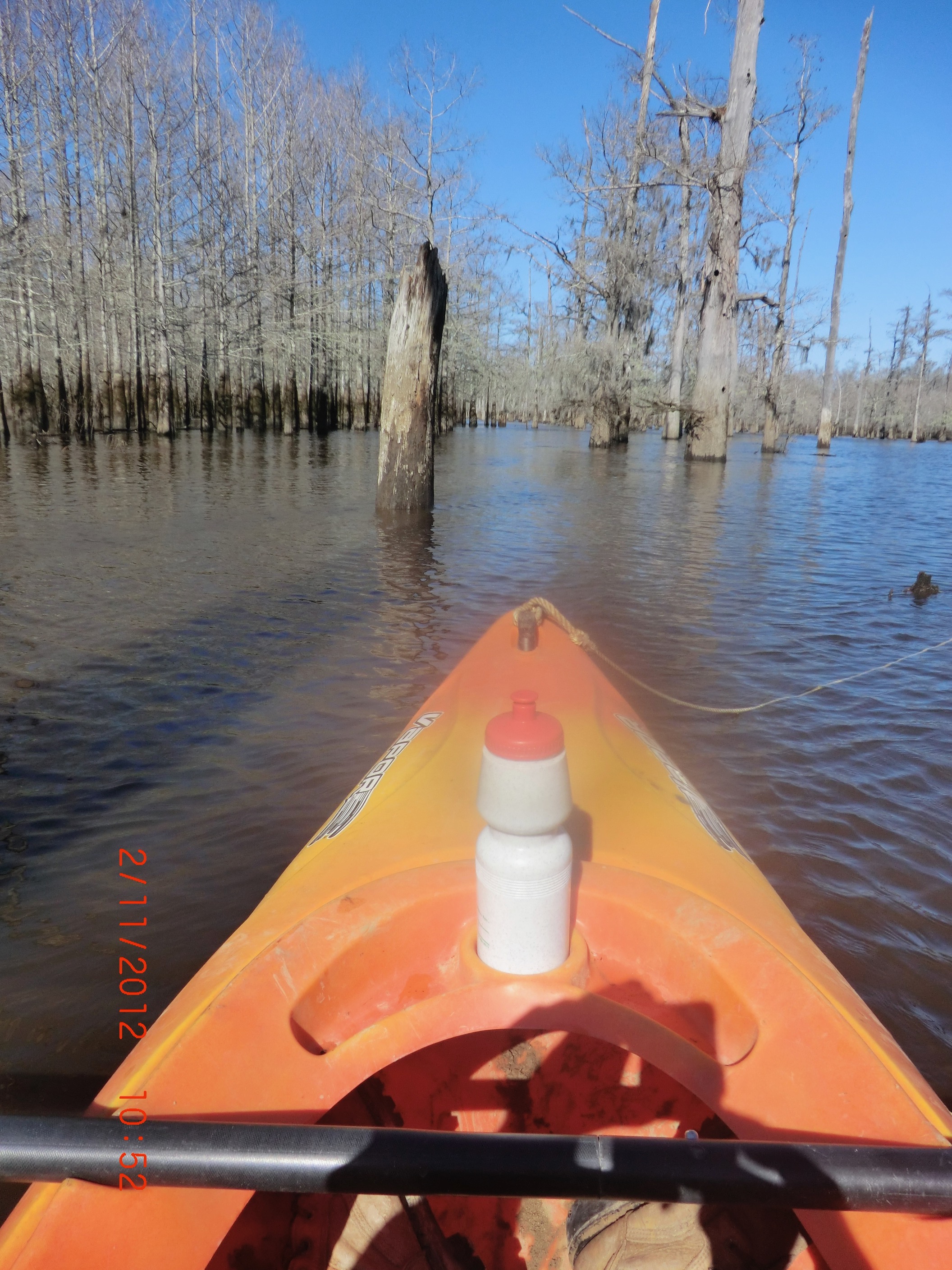 For any ecological system (such as this oxbow lake in southeast Texas) to show a trend toward increasing productivity over time, all that is required is biological saturation (all niches are eventually occupied) and the principle that more efficient resource use results in a survival or reproductive advantage.

Some recent models point to a phenomenon of “sequential selection” for global environmental regulation, in which unstable outcomes are short-lived, and result in destruction and reorganization until a stable state is found. Thus repetitions of a system over time allow it to develop stabilizing mechanisms. While these specific models, applied to ecosystem and Earth system science, provide some new phenomenological insights, the fundamental idea that more resistant and resilient (dynamically stable) features tend to persist and recur while fragile and unstable ones are transient has been around awhile.

In geomorphology the basic idea probably goes back much further, but a couple of examples whereby the term “selection” is explicitly applied to this phenomenon are Leopold (1994) and Twidale (2004).Nanson and Huang (2008) took these ideas a step further, showing how iterative adjustments (conceptually similar to sequential selection) result in “survival of the most stable” stream channel configurations.  Variations occur and selection happens in all sorts of phenomena and temptation is strong to propose natural laws or goal functions. For example, some variants of generalized Darwinism espouse a persistence principle; i.e., nature seeks persistent forms.  The "nature seeking" part is wholly unnecessary, however. A more accurate, if tautological, way to put it, is persistent forms persist. Thus they are more common and last longer than other forms. They are selected for, probabilistically (as almost all selection occurs), and their common occurrence is an emergent property of this selection, and do not require any goal functions on the part of Mother Nature.

In fact, I have come to view these phenomena as axiomatic. In a recent article (currently available online only) outlining axioms for interpreting natural landscapes, one of the axioms is expressed thusly: “Selection occurs. . . . Selection is a probabilistic notion that more stable, durable, and efficient features and phenomena are more likely to persist and be reinforced, relative to those that are less so. Thus, as the pathways and networks described above develop, they are strongly influenced by selection phenomena.”