THE INHERENT EPHEMERALITY OF WETLANDS

As a citizen, an environmentalist, and a scientist, I am absolutely committed to the conservation and preservation of wetlands. The ecosystem services provided by wetlands are immense; their hydrologic, ecologic, economic, and aesthetic values are long since beyond serious question. However, as we strive to protect these inarguably valuable resources, we need to keep one thing in mind—marshes, swamps, bogs, and other wetlands are inherently and irreducibly subject to change.

First, many of them are geologically ephemeral. They are recently formed and very young in geological terms, and under no circumstances would they be expected to remain static—geomorphically, hydrologically, ecologically, or locationally—for very long. The estuaries of the Gulf coast of the U.S., for example—and their associated tidal flats, salt and freshwater marshes, mangrove swamps, freshwater swamps, etc.—were established in approximately their current locations only about 3000 years ago. That’s nothing in geological time. Even at that, both the external boundaries and internal dynamics have been anything but static in that time, and change is ongoing. This kind of youth and dynamism is the rule, not the exception, for wetlands around the world. 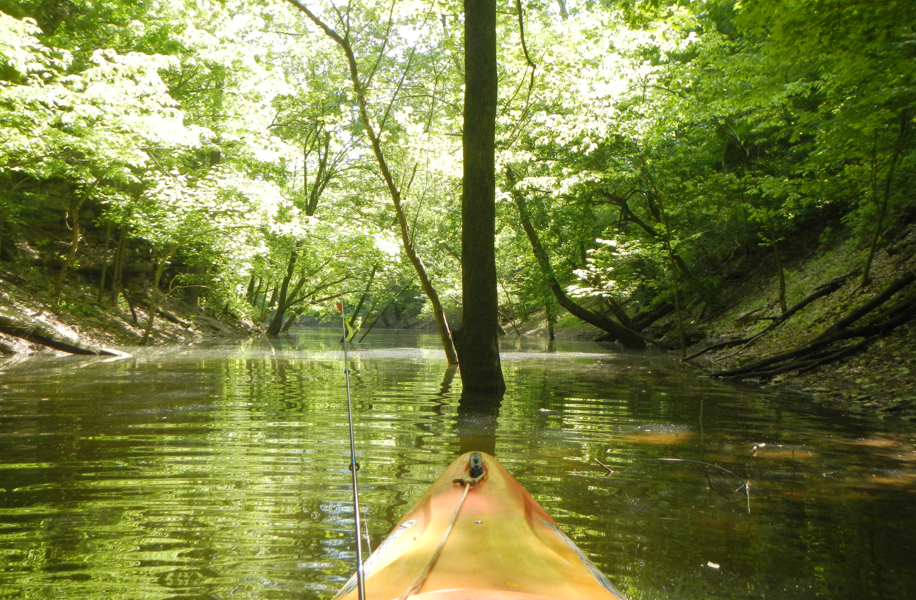 A seasonally-flooded wetland (and one of my favorite fishing spots) in Mercer County, KY.

Second, the creation and maintenance of a particular type or form of wetland depends on a specific set of interactions among hydrologic, geomorphic, and ecological processes. All of those can change as sea-levels rise and fall, as climates get wetter or drier, as rivers migrate and shift their channels, as plants and animals disperse—not to mention any number of human modifications! All of those can also change due to the inherent, internal evolutionary dynamics of ground water flow systems, channels, soils, landforms, and biotic communities. And when any factor (topography, hydrology, vegetation, etc.) changes, it affects all the others.

Inventories, maps, or estimates of wetlands should recognize their dynamism—that is, these are inevitably snapshots (stills from a continuous movie, if you will). Detection of change in and of itself is not a cause for concern. The known or potential drivers of those changes, and net losses of wetlands (globally or locally) are a cause for concern. We can and should expect to continue to have wetlands, but we should not expect them to remain constant for long periods.

Protecting and conserving wetlands requires that we allow them to move. They have to be able to respond to these environmental changes geographically—sometimes by expanding or contracting; sometimes by shifting positions.

Protecting and conserving wetlands requires that we allow them to change. Some wetland changes wrought by human actions are avoidable and deleterious (certain wetland destruction is). However, we should be aware that they are gonna change, with or without humans. So we need to recognize that change per se—e.g., a shift in vegetation communities, the infilling of an oxbow lake, fringe erosion of a salt marsh—is not a cause for concern.

Protecting and conserving wetlands requires that we protect and conserve wetlands. Their inherent ephemerality and dynamism should never be used as an excuse to let miners, developers, etc. destroy and degrade wetlands. This may seem self-evident, and no more likely than someone arguing that it should be OK to kill protected species because new ones will be born. However, we’ve seen many arguments that we need do nothing about human impacts on climate because climate can change without human agency, so I thought I should make this point clear.

An example of my scientific efforts to measure/estimate the complexity of transitions in river, delta, and wetland environments is in the attached paper.